Last week was a busy week for my kids! Abbie and her 5th-grade friends had decided to try out to be 6th grade cheerleaders. And Zachary had spent a couple weeks working on a rocket for his 7th-grade science class. 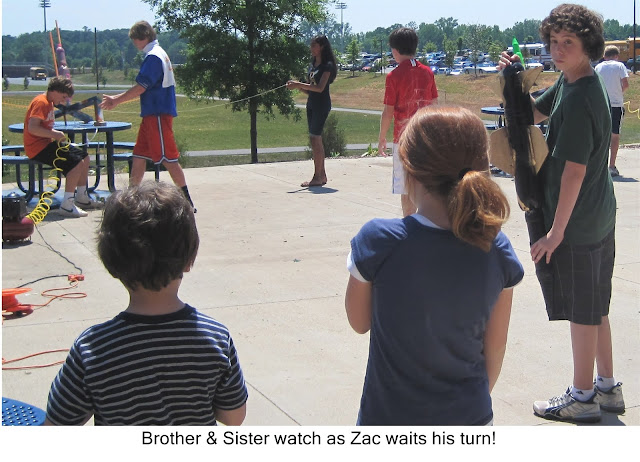 Thursday, I picked Jacob and Abbie up from school so that we could head over to the middle school to watch the rockets launch. I am not sure that Zac was thrilled with our presence... or maybe he was just trying to act cool! He had built his rocket all on his own out of three 2-litre bottles and a couple of small coke bottles. He even fashioned tailfins and wings from carefully cut and sanded balsa wood. Zachary's rocket was his own creation that he designed, built, and painted all by himself! I thought he did a great job!!!

The rockets were filled with water, then had compressed air pumped into them. That was their fuel. It was fun to see all the rockets go up. Most of them did really well. A few fell apart in flight. Some went up really high, or flew very far. Most of the students had the opportunity to launch their rocket several times. 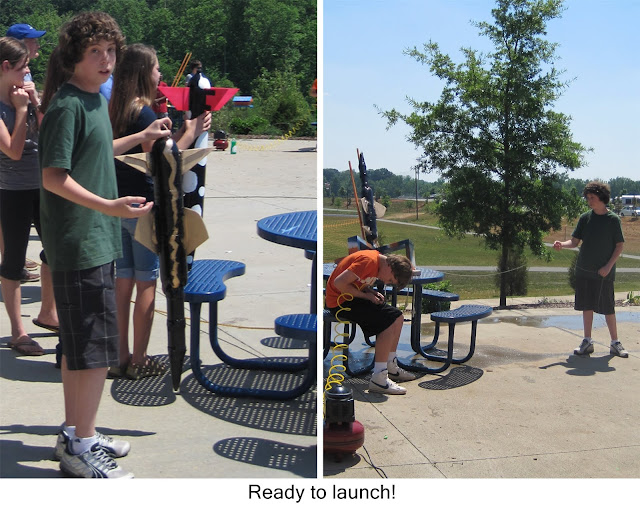 Zachary got to make three attempts. With his first, a malfunction caused his rocket to not take off at all. His next two attempts had moderate success... his rocket went up, and came right back down. Most of the others had gone higher and farther. But his didn't break on impact and he was able to try again. I felt disappointed for him. Of course I wanted him to have success and for his rocket to be the best one out there!

But Zachary didn't show any frustration or disappointment. He said his rocket was "an experimental design" so he still got 100% on the assignment! I was proud of how he handled it. 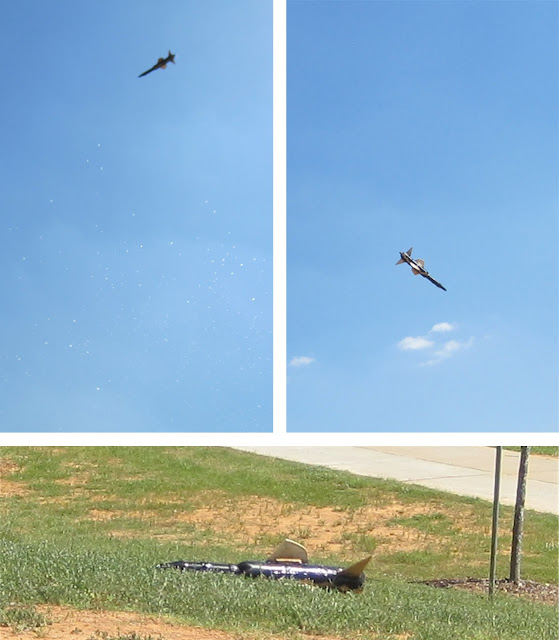 Later that afternoon, it was time to head back to the middle school and drop Abbie off for cheer tryouts. She had spent Monday and Tuesday at clinics, learning the chant, cheer, and dance. She and her friends had gotten together Wednesday afterschool to practice more. And, of course, every recess all week was spent in practice. 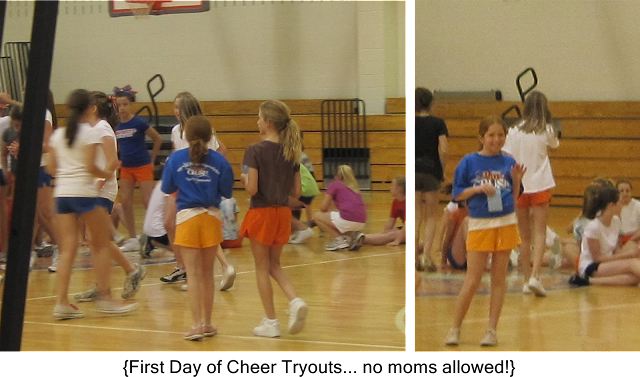 I was really proud of Abbie for trying out. Interestingly, she has never even wanted to be a cheerleader. She also has a tendency to not want to try new things. And, of course, I had to fight my own tendency to want to live vicariously through her! But I prayed that the Lord's will would be done whether she made it or not. I was most concerned that she not be hurt in the process.

So, after practicing all week, Abbie's tryout was Thursday afternoon. I dropped her off... then headed back to the school at 6:30 to pick her up. While waiting, I got a call that she wouldn't be done until 7:30... so I waited. Then I got a call that it would be 8:15 before she was done! The drama was getting to me!!! I drove home, ate a quick dinner, grabbed some food for Abbie, and headed back to the middle school for the 4th time that day! She was done and felt fine about her tryout. She seemed to be ok with whether she made it or not.

Just as she was heading to bed, I got an email saying the results were in. We quickly checked the website, scanning for her number. It wasn't there. Abbie didn't make it. She wasn't disappointed or sad -- she was fine. We have been talking about all the other things she will have the opportunity to go out for instead.

This day blessed me so much. I saw my kids try new things. Their success was in the trying, in doing their best, and in being pleased with their efforts. Though others might say they were defeated, my children did not walk away feeling like failures. They faced defeat without feeling defeated or deflated. I am proud of both Zac and Abbie! And I pray that their worth would be not in what they do or accompish or what others think of them, but in who they are in Christ.

Trust in the LORD with all your heart and lean not on your own understanding; in all your ways acknowledge him, and he will make your paths straight. ~Proverbs 3:5-6
Posted by Terri at 8:44 AM

Lovely post & I'm so proud of your great kids! They are wonderful, talented & have true wisdom & understanding...definitely no defeat there!