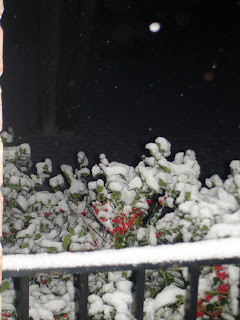 This is what we woke up to Tuesday morning! Two inches of snow!! While barely considered a dusting in Colorado, this was certainly enough to cancel school for the day here in the Charlotte area! We considered it to be a treat... and it sure was pretty. 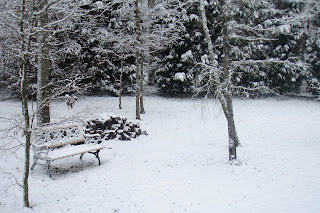 Our backyard was simply beautiful! And the kids couldn't wait to get out there and play. Actually, they went out three times during the day to play in the snow!! Jacob doesn't really remember snow, so he was hesitant at first. But he got into it and stayed out as long as anyone else was out there with him. Abbie, while the first one out in the morning, eventually decided she was too cold and came in to take a warm shower! Alas, I would have taken better pictures if I had bothered to go out there with them. I enjoyed the snow from inside, and on the front step!! 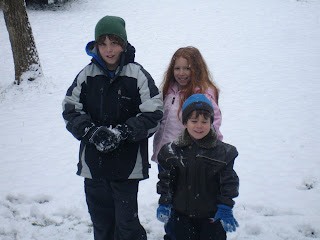 Of course, Tuesday was a momentous day for our country, as well. Many people are filled with great hope right now. I know where my hope lies... (Psalm 62:5) 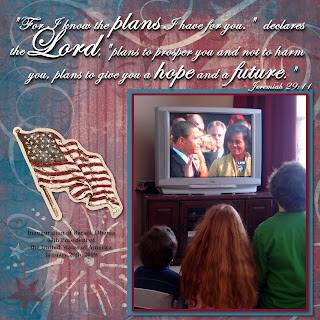 Email ThisBlogThis!Share to TwitterShare to FacebookShare to Pinterest
Labels: faith, my family

Greetings womanhood! Welcome to the blog world. I look forward to your posts!

We live close to each other!

So nice to meet you and I LOVE the name of your blog!