Zac got a phone! 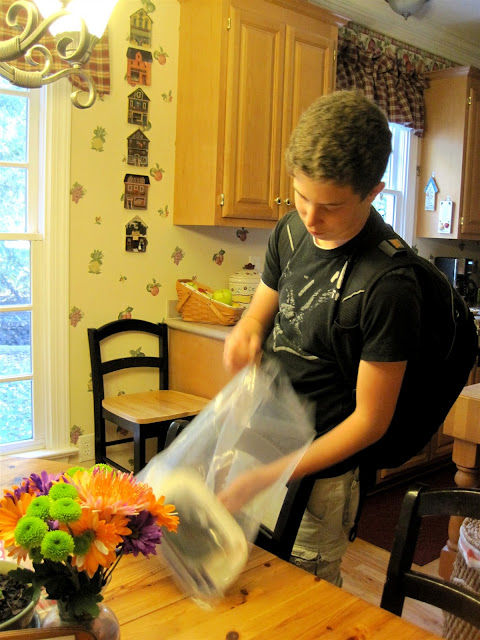 Tuesday we finally broke down and bought Zac a cell phone. We had actually hoped to get him one two years ago when he turned 13, but it just wasn't in the budget. He has been very patient, and willing to borrow one of our phones when he needed to be out and have a phone with him. 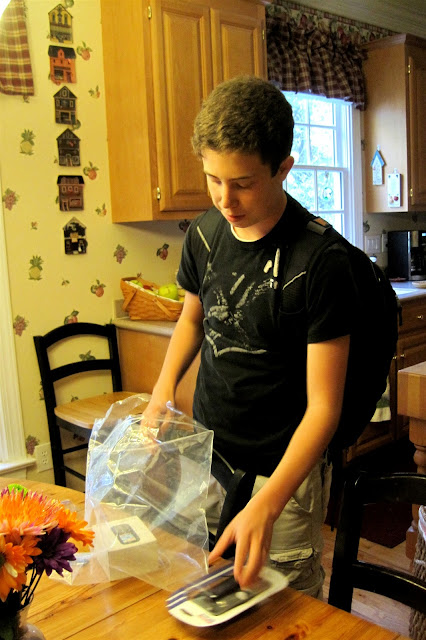 My cell, and Gil's cell, were both very old, and the batteries were not holding a charge. So we needed new phones. We had looked at them last weekend to get an idea of what our options were. We were pretty sure that we would go ahead and get a phone for Zachary as well, but wanted to get his input so that he would have the phone he wanted. 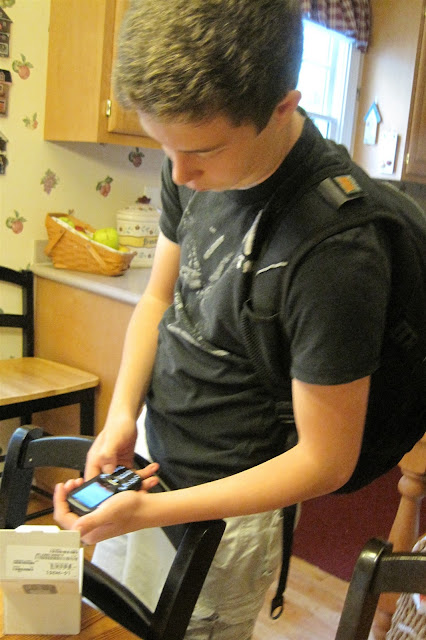 It turned out that we all were happy with the exact same phone. Even better -- we were able to get all the phones for free! So we added Zac's line and texting to our plan, and entered the 21st century! 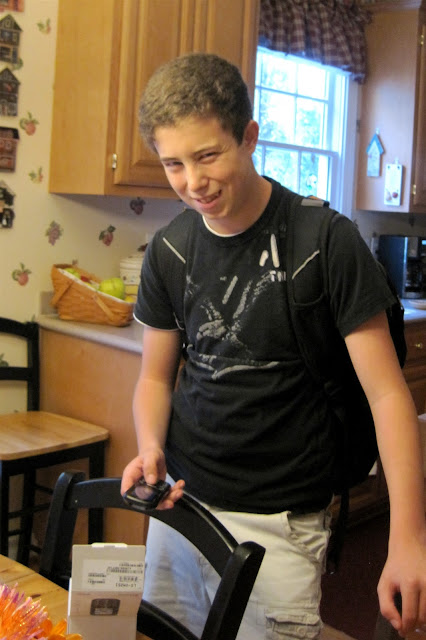 Zac was happy to come home from school on Tuesday and find his new phone waiting for him. 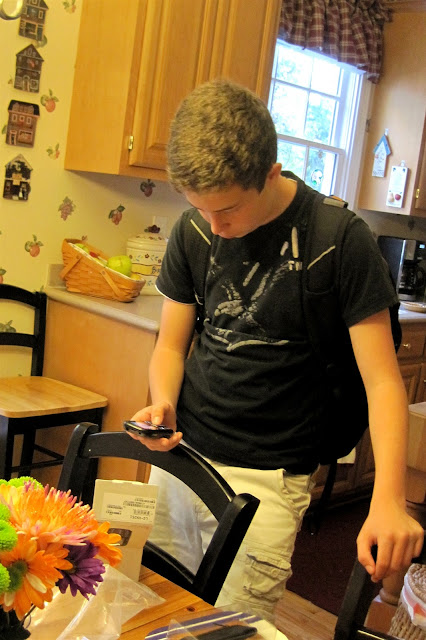 We are all getting used to our new ability to text. A perk I didn't expect is that now I am getting all kinds of cute texts from my husband throughout the day! He didn't think he would text at all. Instead, I think he is finding that he enjoys the instant access to me while he is at work. It's been fun!
Posted by Terri at 11:49 PM

Whoo-hoo for new phones! I love how God provides!